Inspired by the book “Balloons Over Broadway” by Melissa Sweet, fourth grade students in Khalan McNeff and Jeanne Lance’s classes designed and created their own parade-worthy balloons based on favorite cartoon, storybook or video-game characters, their pets or other beloved creatures. 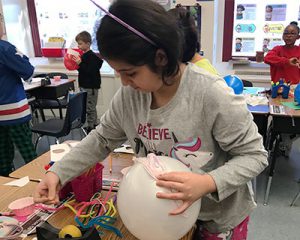 “Balloons Over Broadway” tells the story of Tony Sarg, the original creator of the giant helium balloons featured in the annual Macy’s Thanksgiving Day Parade in New York City. The students viewed video clips of Macy’s parades from years past on their Chromebooks to gather ideas before engaging in a STEM challenge to plan, design and build their balloons. Fourth-graders used a variety of craft supplies (streamers, construction paper, yarn, markers, pipe cleaners, googly eyes, and other materials) to create mini versions of the balloons they would want to see become part of the Macy’s parade.

“The class enjoyed the challenge to build creative balloons,” said Mrs. Lance. “Throughout the process, they learned how to create and modify their designs, work together, and have some fun!” 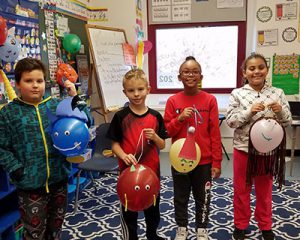 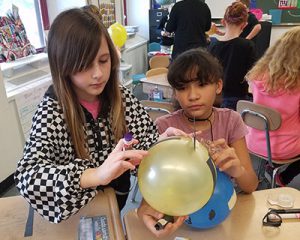 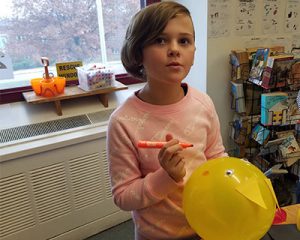 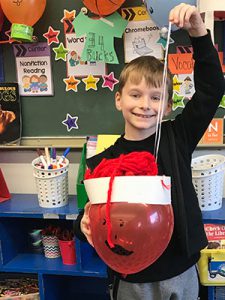 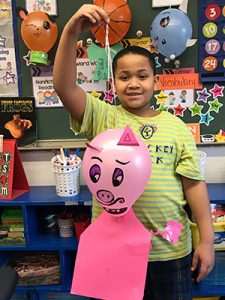 View more photos of the Thanksgiving STEM challenge on Facebook